The Credit Amnesty was a hot topic in 2014. It caused mass confusion and misinterpretation by the general public and companies alike. Fortunately the fog has cleared and so let us take a closer look at what this has meant to us as South Africans.

Based on the Amnesty one would assume that the credit market would be healthier; however, according to statistics by the NCR, the Consumer Credit Market Report (Second Quarter June 2014) showed an increase in all components related to the credit market:

The graph below indicates the influence and severe impact that the Credit Amnesty forced upon the market. MIE reported that the percentage risk for credit checks in 2012 was on average 21% and for 2013 20%. For the year 2014 the percentage risk plummeted to a staggering 15%. 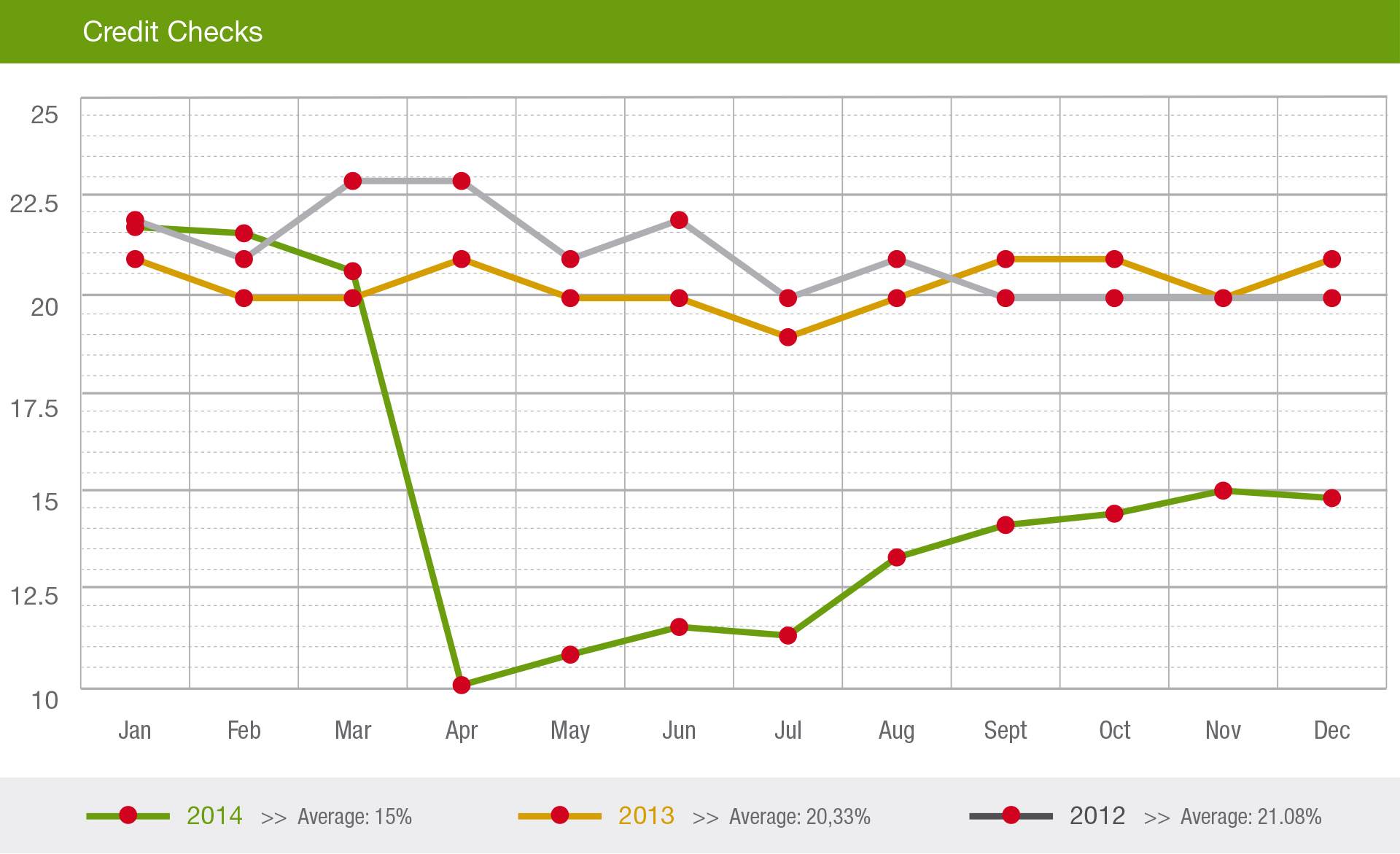